With a trip to the Netherlands’ national championship on the line, Bibi Donraadt fired a backhanded shot that ricocheted off both the crossbar and a post before falling into the back of the cage.

A few years later, during Donraadt’s freshman season at Maryland, the Terps were locked in an overtime stalemate in the 2018 NCAA semifinal. Donraadt rifled a shot into the net in the 78th minute — once again punching her team a ticket to a national championship game. 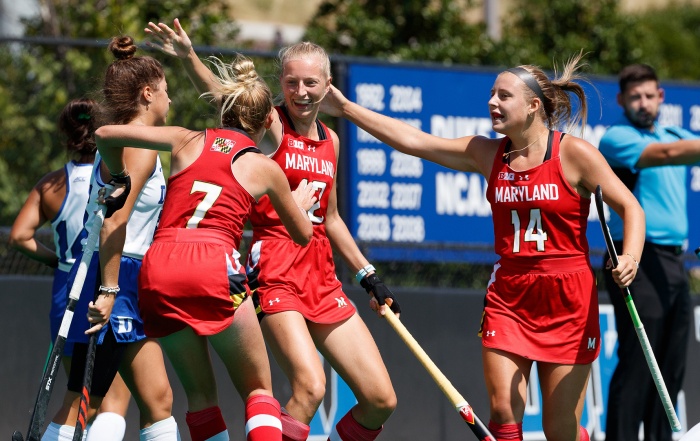 “It was actually the same situation as what happened at Maryland in my freshman year,” Donraadt said laughing, thinking back to the goal she scored as a 15 year old. “Which is just so exciting.”

After bursting onto the scene that first year at Maryland, scoring 15 times and winning Big Ten Freshman of the Year, the Dutch native has played a critical role in the Terps’ offense over the last three seasons. And she’s been holding a field hockey stick since before she can even remember. 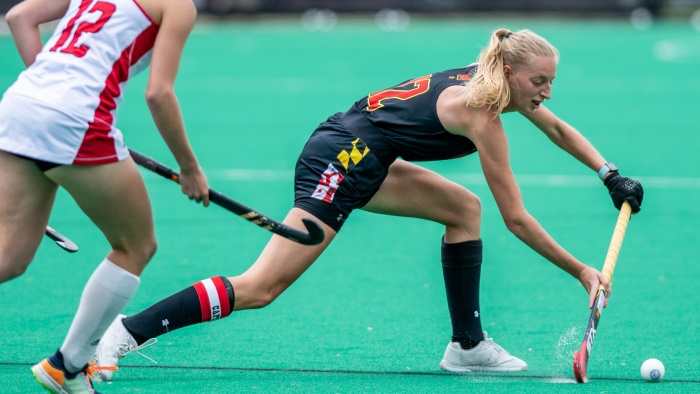 Her mother, Margriet Wensing, has played the sport for over 40 years as a goalkeeper and has competed in the highest levels of European field hockey. So Donraadt, an offensive player in her own right, vividly remembers attending her mother’s hockey matches as a child.

“I love like scoring and celebrating afterwards, yeah, so I realized pretty quick that the forward line … was more my thing,” Donraadt said. “And maybe also because she was a goalie and I kind of liked it to play against her.”

Over the summer, Donraadt and her sister, Merle, would go to the pitch with their mother. She sets up between the pipes as the two sisters take shots at her. Sometimes, they will simulate a shootout.

“Bibi and I [have] more similar playing styles,” Merle Donraadt said. “But I would say Bibi’s always been a lot more passionate about hockey than me.”

Whenever the sisters came home from school and played outside, Donraadt always had her field hockey stick. Anytime her friends even thought about going to the field, she was ready to go, always wanting to play.

And after competing on a club team in her neighborhood with her sister for years, Donraadt moved to a bigger club team in the Netherlands.

“She was really dedicated,” Merle Donraadt said. “She knew that she wanted to grow and develop her skills. And that’s why she decided to take those steps [to be more professional about it].”

And she did. A few years after scoring that miraculous, national championship-clinching goal, she started looking to play collegiate field hockey in the United States. 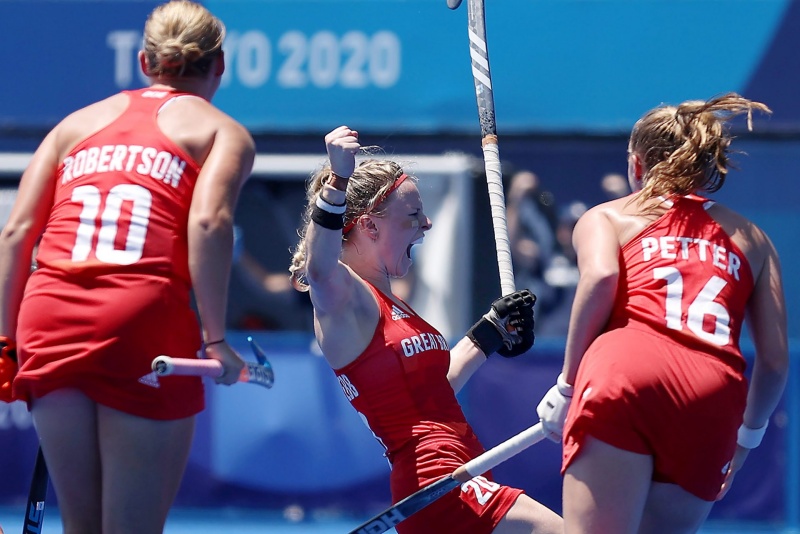 Coach Missy Meharg’s program stood out to her right away. Donraadt remembers hopping on a Skype call with Meharg and seeing the entire coaching staff on her screen.

“They were just different than some other schools,” Donraadt said. “It gave me a family, kind of, vibe, which I just really like.”

Upon joining the Terps, Donraadt knew she wanted No. 12 on her jersey. The origins come from her favorite soccer club, Feyenoord, which is based in her hometown of Rotterdam. No Feyenoord player has ever donned the number — it’s reserved for the fans.

When Donraadt throws on her No. 12 jersey for every match, she feels she’s representing her country and her hometown soccer club as she brings the positivity and energy surrounding the number’s symbolism to the United States.

And her American teammates continue to share their culture with her — especially fellow juniors Riley Donnelly and Taylor Mason.

Donnelly, who always enjoys learning Dutch words from Donraadt, remembers taking her into Washington, D.C., and seeing her marvel at the district’s iconic monuments.

“You don’t realize how big D.C. is on, like, an international scale,” Donnelly said.

As a freshman in 2018, the Dutch native had to figure out how to speak English fluently. While she had some background in the language from middle and high school, along with listening to American music and watching U.S. shows on Netflix, Donraadt never really needed to speak English much until she came to Maryland.

In the Netherlands, it’s not just the Donraadt family who is engrossed in field hockey. Meharg has also recruited a handful of other Dutch players over the years, including defender Maura Verleg and midfielder Nathalie Fiechter.

And she’s come to realize the influence the sport plays on Dutchies.

“They’ve got over 400 turf fields in a country the size of Delaware,” Meharg said.

And Donraadt has brought the Dutch field hockey atmosphere to College Park, starring for the Terps over her first three seasons.

And it all goes back to the early days of her life, when she was netting game-winning goals as a 15 year old, playing for renowned clubs in her home country.

“It’s in her blood,” Meharg said. “It’s just so fun to see that give-and-take of cultures of hockey united through hockey around the world.”