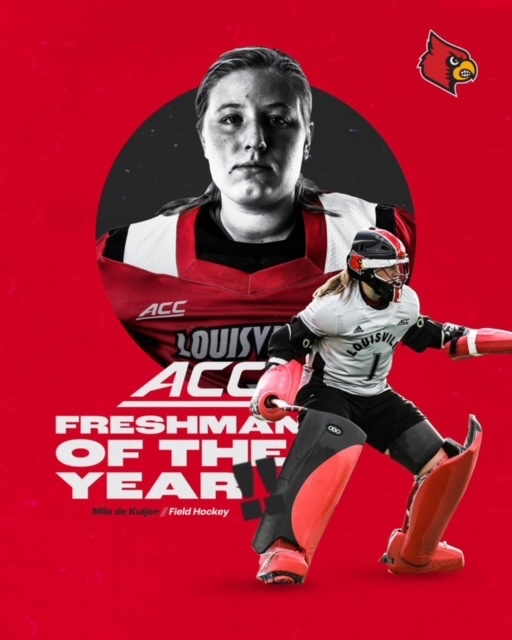 Mila, goalie for Louisville University, has been named ACC Freshman of the Year! How special! Congrats!

De Kuijer has been a main player in the Cardinals’ successful defensive scheme, allowing just 16 goals in 1,129 minutes played and ranking seventh-nationally with a save percentage of .805.

A native of Leiden, The Netherlands, de Kuijer has not allowed more than two goals in any game this season.