Peet is the first Blue Hens field hockey player to receive CAA Player or Rookie of the Year honors thanks to an impressive freshman season. 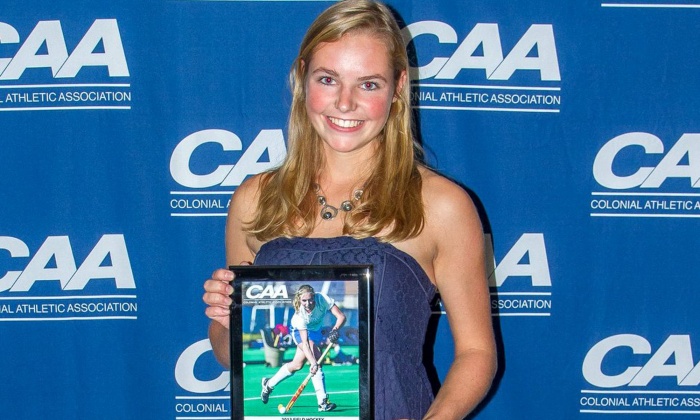 Peet is a staple for the dangerous UD offensive attack, registering 10 goals and dishing out four assists over 18 contests this season.  Earlier this season, she tied the UD single season record for a freshman with 24 points.

“I knew the awards that they were giving out tonight, but I didn’t expect my name to be called at all,” stated Peet.  “It is not something that I expected, but it’s a tremendous honor to be thought of so highly.”