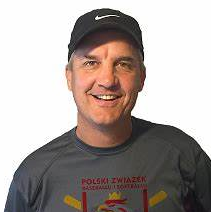 American Dave Majeski’s role is to assist UStudy with evaluating the player’s talent and potential for playing college softball in the United States.

Dave’s background as a coach has seen him through all levels of coaching experience both in the US and abroad:
The Scout Hub, present
President of a leading Sports Technology company

Presbyterian College Head Softball Coach, 2006-2011
All time wins leader as DI coach
Only team in any sport at PC to be above .500 winning percentage