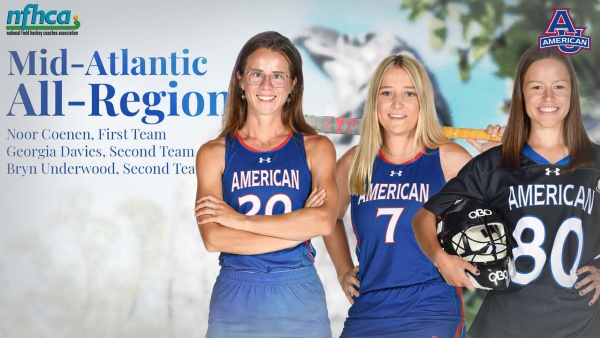 This is the third-consecutive First Team selection for Coenen, and she becomes the first player in program history to earn five All-Region honors after earning a spot on the Second Team as a freshman and sophomore. A two-time Patriot League Offensive Player of the Year and five-time All-Patriot League First Team honoree, she became the No. 2 scorer in program history this season with 55 goals in her 79 games as an Eagle. The Naarden, Netherlands, native also sits fourth in AU history for career points (137), and holds spots in the conference record books at No. 3 for career goals and No. 5 for career points. She also added her name to the AU top-10 list for career assists with 27 for ninth all-time.