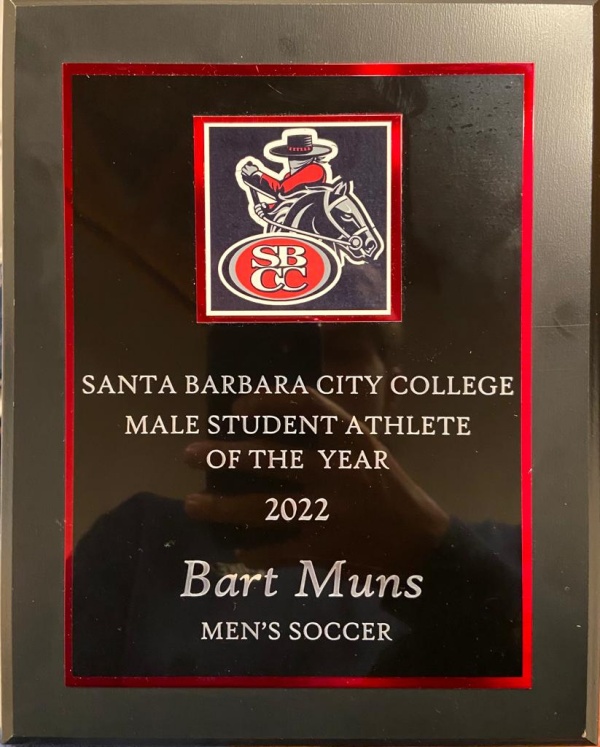 SANTA BARBARA – Forward Bart Muns of the SBCC men’s soccer team was named the WSC-North Offensive Player of the Year and was joined by nine other Vaqueros in garnering postseason accolades, the conference announced.

Muns also earned All-Region and All-State selections after registering conference-leading marks of 17 goals, seven game-winners and 40 points in 18 appearances. From Sep. 24 to Oct. 12, the Amsterdam, Holland native helped SBCC out to a four-game win streak – its longest of the season – scoring in all four games for a total of six goals.

He also found the back of the net five times in three outings late in the season, including his lone hat trick in a 4-0 win over Moorpark on Nov. 5. He joins Victor Chavez (2017) as the only Vaqueros to be named WSC North Player of the Year since 2014.